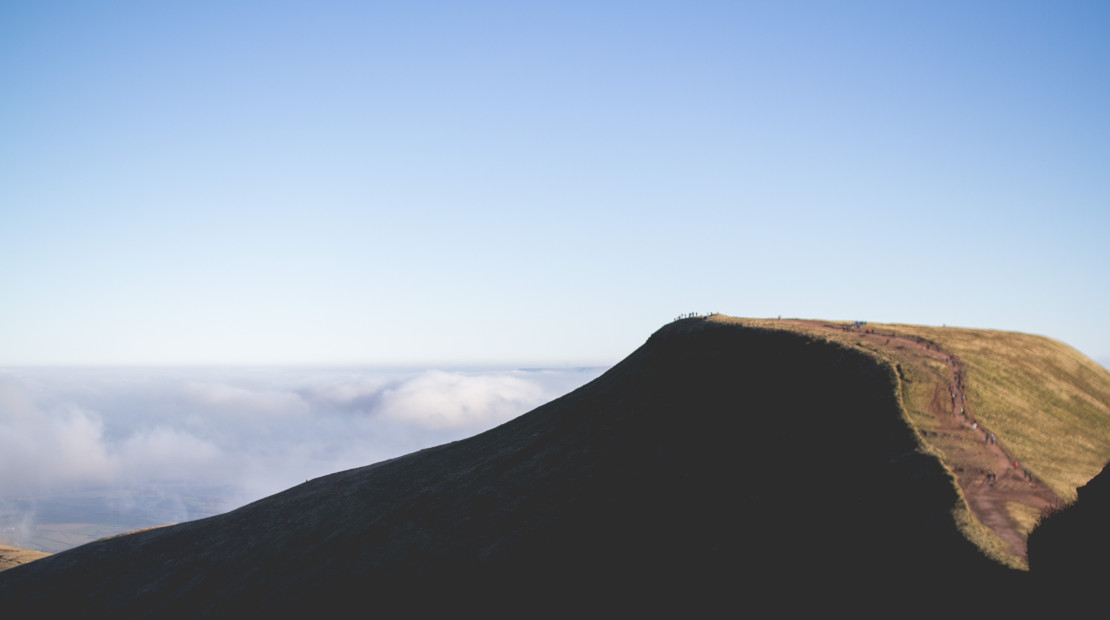 I wrote this essay as homework for BSSM in April, however I liked it so much that I wanted to share it with the world (and now posted it here as well).

This is about the greatest story, the one with the most surprising story arc. The story of a God who’s grace and righteousness realize the communion between Himself and all mankind.

And that's how it starts: Central to the biblical narrative is the story of a God that created a garden on a mountain as a meeting place between himself and His earthly representative. The first steps to the original assignment to “subdue the earth”Gen 1:28 took place in the garden of Eden, where man’s task was simply to cultivate and keep that which God initially created. It is here that the tree of life sustained all life (be it symbolically or literally through eating its fruit), it is here that Adam had his greatest encounter when he first saw the woman that would finally fulfill his deep need for companionshipGen 2:20-25. But far beyond a memorable wedding location, and a daily workplace before labor became cursed and strenuousGen 3:17-19, the garden of Eden was a meeting place between God and man. Then, when Adam and Eve violated the commandment of God and reached for the knowledge of good and evil in their own strength and in the wisdom of the deceiverGen 3:1-7, the effects of this breach of trust carried eternal consequences that can only come from an assignment as great as theirs. With immediate intoxication of shame, they hid from the presence of GodGen 3:8, just like this act had brought shame between husband and wife moments before. Still, their familiarity with God coming “in the cool of the evening” speaks volumes of their cultivation of intimacy. Yet on this evening God cried out “Adam, where are you?”Gen 3:9, a question that would ring throughout all eternity and into the hearts of every human alive today. As Adam and Eve were cast out of Eden for their sin against God, the breach between the perfectly holy and the helplessly sinful is inherited to all their offspringRom 3:23; 5:12; 5:19. Sadly, no sinful man can enter His presenceJoel 3:17; Rev 21:27, for “no evil can dwell with him”Ps 5:4.

And all throughout the Old Testament echoes this tragedy: From Moses who met God on another mountainEx 19:3, and who was then instructed to build a tabernacle with the sole purpose that God may have a place to dwell among his peopleEx 25:8, to David who asked for what was impossible by the standard of his day’s revelation: to dwell with GodPs 27:4, as only one without any evil could doPs 5:4. David had found a reality that contradicted his own revelation: The presence of God could be accessed by one who was after God’s own heart1 Sam 13:14 even though the Law would not permit such access (as Leviticus 10:1-7 illustrates). David’s life is a testimony to the unexpected grace he found, a reality that was not meant to be, but it appeared to be admissible – and God was pleased to give himself to communion with David. This incredible gift of grace allowed him to peek through the veil, and his reaction was to write poetry that outclasses every work written on the other side of the divide. In response to God’s grace, he gave himself to worship. The cry for communion with God continues with his son Solomon, who did not reach for wisdom himself but asked God for the ability “to discern good and evil”1 Kgs 3:9. The temple that Solomon built as a meeting place between heaven and earth reminds of the original garden in its purpose and design (eg. 1 Kings 6:29). His response to God’s grace was to present the splendor of God through excellence and wisdom that has never been seen on the earth before1 Kgs 4:30; 10:1-9; 10:23. But even though he managed to pass the test that caused Adam and Eve to stumble, even this could not deal with the issue of sin, and the fall of his life underlines the tragedy. What looked like a promising return to Eden was only an exciting but distant reflection of what used to be, and as the story continues the inability to restore the lost becomes increasingly hard to bear. This God that longs for connection cannot be reached by the subjects of His love. They cannot keep their hearts from violating His, much less their actions from the evil they caused in the first place.

It is His desire for nearness to His rebellious creation that inspired His greatest act of love – the act that would in fact define love forever1 Joh 3:16. When Jesus, the son of God, was born into this world, He came to save it from its sinful conditionJoh 3:16-17. He came to reclaim what was lost: authority, dominion, ruleMt 28:18 and to restore intimacy, communion, accessJoh 15:4-6. This grand plan required a sacrifice beyond what any human could bring, beyond any of the animal’s blood that had been shed throughout the centuries: The blood of one righteous man to die in the place of every human, for no sinful man could save anotherPs 49:7-9; 1 Pet 2:22. Jesus came to bring mankind into right standing with God, so that we may “become the righteousness of God”2 Cor 5:21. One can only imagine the grief in the longing heart of the Father to see His son rejected and ridiculed by the creation He came to healJoh 1:10-11. Born of GodLk 1:34-35, yet fully humanHeb 2:17-18, He was dependent to receive the grace of God himselfLk 2:40; Joh 1:14. By grace, the Spirit came upon Jesus like He had come on few elected ones before, but this savior of the world was to be recognized by the dove that remainsJoh 1:33. Consequently, His life was marked by an intimate walk with GodMt 3:17-17; Lk 2:40; Joh 5:17-20, and complete dependency on the good Father to sustain every moveJoh 5:19. As Jesus – the God in flesh, savior of the world – was about to leave the earth, He promised one last gift beyond the eternal life that His death and resurrection would soon provide: Holy SpiritJoh 16:7-15. On top of the work of salvation, the perfect Father gave a gift beyond necessity to extend His meeting point between heaven and earth into every human vessel1 Cor 3:16. When He finally went to the cross do die for everything that separates God and menCol 2:14, He hung there all aloneMk 15:33-39. The one who was about to die for the sake of restored intimacy was betrayed with the very symbol of it – a kissLk 22:48 – to then be left alone by friends who no longer wanted to be associated with HimLk 22:54-62; 23:49. But when Jesus rose in victory on the third dayMk 16:5-7, the veil that a few like David used to peek through was now tornMt 27:51 and no one was there to have proven worthy of it. Not even those that walked closest to the savior were deserving of this act.

Not one soul could claim their right to receive saving redemption. No human could reach right standing with God by their own good deed, sacrificial lifestyle or humble heart – so He chose to give it away as a free but costly giftRom 3:23-24; 6:23; Eph 2:8. When Paul spoke of his own efforts for the sake of Christ, he could no other than add that it was “not I but the grace of God was with me”1 Cor 15:9-10. It is the great apostle that had persecuted the church like no other, and it is a further proof of grace that this apostle authored the eternally greatest writings on the righteousness of God. The work of grace came at a great price – one unblemished, perfect and righteous life – but even more costly is that it came as a gift, one that is not mandatory to receiveRom 5:7-8; Lk 13:23-24; Mt 7:14. Beyond the profession of faith that leads to salvationRom 10:10, the only reasonable response is a life laid down as worship of the only one who savesRom 12:1-2. When Mary received this extraordinary love she could not do anything but pour out her life at His feetJoh 12:1-8. Paul’s life became a single response to grace when he heard the words of Jesus that would crush every hearer’s soul: “Saul, Saul, why do you persecute me?”Ac 9:4. And while many of us would accuse his ministry to be a mere attempt to repay this unbearable guilt, we get to read the teachings of a man that could not bear to give anything but his all to the call of God, saying “to live is Christ, and to die is gain”Phil 1:21. He lived as a proof that anyone could be restored to right standing with God.

The state of creation has now changed. It is waiting – eagerly waiting – “for the revelation of the sons of God”, for those that had subjected it to the corruption of sin to pick it up their righteous ruleRom 8:19-21. There is no coincidence that God would call us His ambassadors2 Cor 5:20. It is the grace of God that gives this new – one could say old – identity as heirs of the eternal kingRom 8:14-17. The transformative nature of His love is equally for the world as for every believerEph 1:4-5: While humanity’s greatest act of arrogance may be to look at the light that has come into His world and rejected it, it equally may be the believers greatest act of ignorance to receive salvation as a ticket to eternity but decline the royal inheritance of this earth. In midst our great inability to draw close to Him, He chose the greatest sacrifice of love to restore inseparable proximity, dwelling right inside of usRom 8:9-10; Eph 3:7; Joh 15:5; Rom 8:38-39. It must be most grieving to the heart of the Father when any of His children fail to acknowledge this restored place of communion within them that He has been missing every day since the banishment from Eden.

This is the only worthy response to His grace: to fully receive, enjoy and live in everything He paid for. 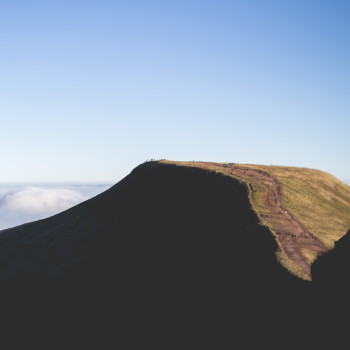